12 Strong Movie Review, some of the best movies out there are the ones created based on real-life events. The challenge that comes with such a movie is that it can be hard to stick to the real story, without being able to add some fictional content to bring in more suspense. That’s what we get in the case of 12 Strong. We find a really interesting story that’s real and which took place soon after the horrors of 9/11. 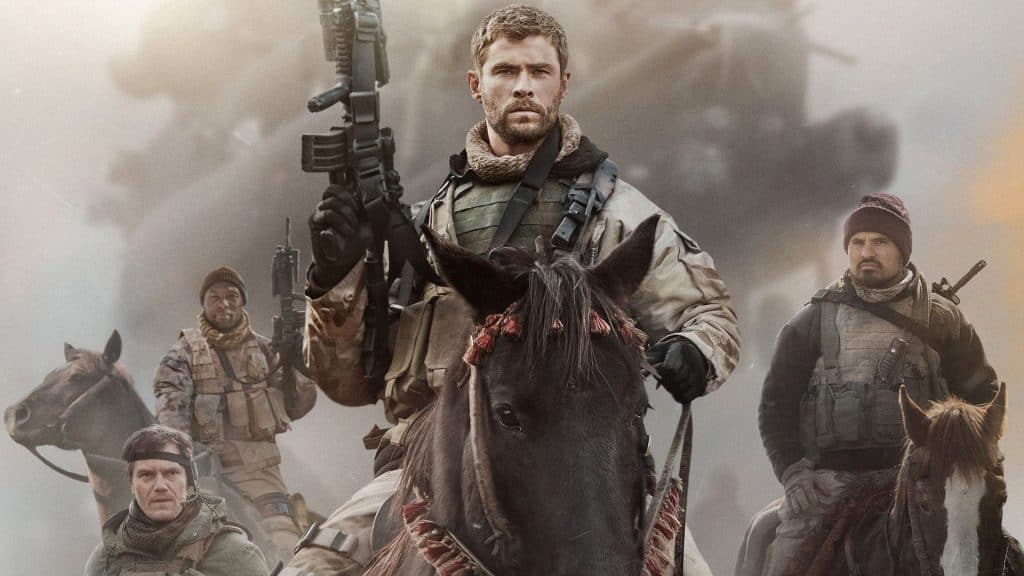 Basically, a team of Special Forces pros went to Afghanistan to try and connect with the anti-Taliban forces and thus capture a strategic town named Mazar-I-Sharif. The movie lets you understand the story of these people and what they had to go through to reach the results they needed. They had to rise horses offered by the locals, they had to survive in wretched situations and they also needed to face extreme situations to stay alive. 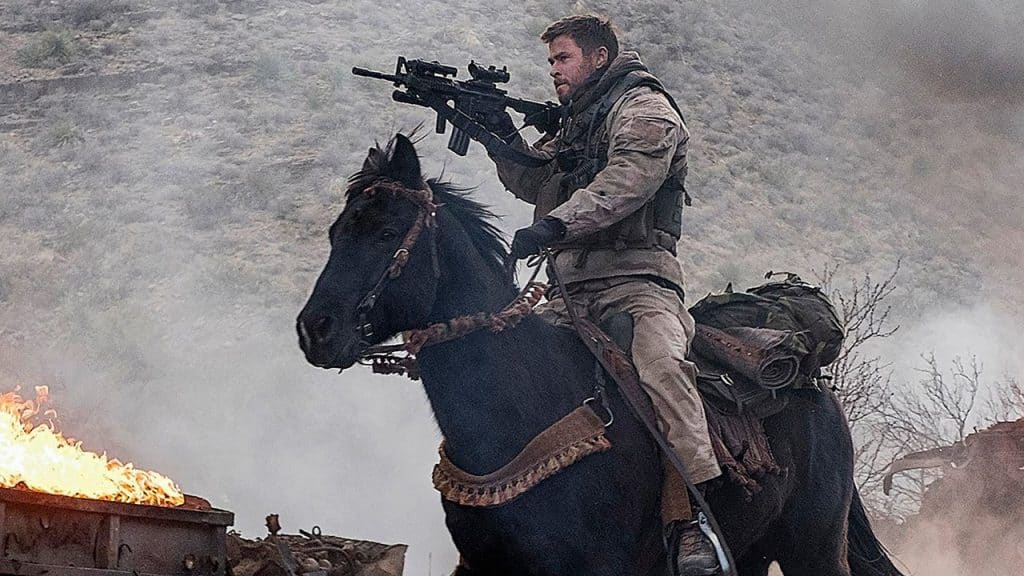 David Negahban plays the Afghan general that always tries to keep the unit away from his turf. The Afghan general tries to be tricky unreliable, cynical at times, but in the end, the entire story ends up going off the rails as the Special Forces team tries to find a way to stay alive in all of this madness.

Maybe the most challenging thing to shoot in the movie was the horse riding scene. This does have a hint of the Magnificent Seven, but the thing to keep in mind is that it’s not as impactful as you may imagine. Even if it does take quite a lot of time from the movie, it doesn’t deliver the expected impact, and that’s a shame.

One of the bad things about the movie is that it doesn’t deliver a lot of character development aside from Chris Hemsworth’s character. The other characters are rather basic, and in the end, you may not even remember their names. But the stuff that does shine in 12 Strong would be everything pertaining to action scenes. These are beautifully shot and offer you a great perspective on how a Special Forces team would act. 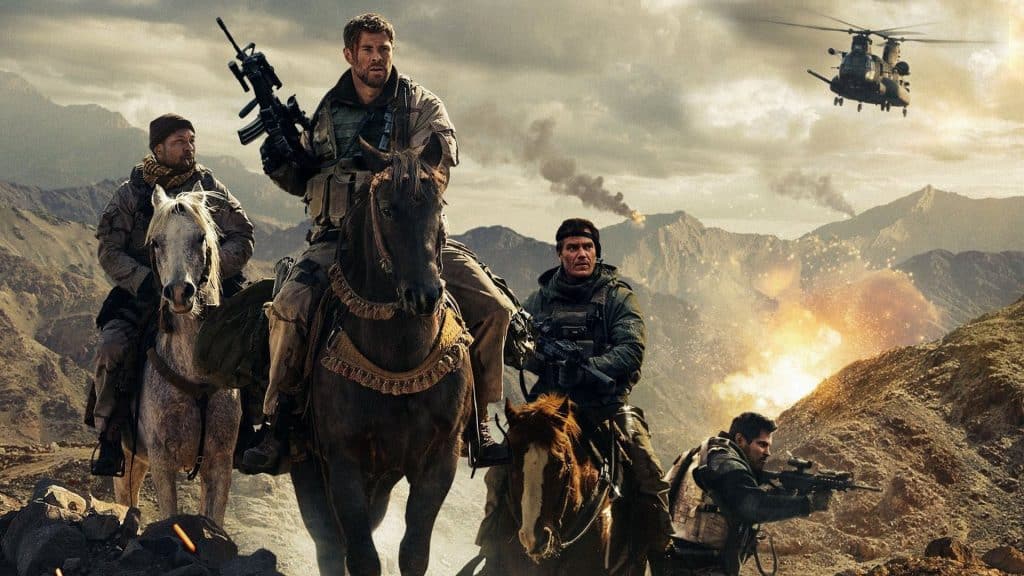 The story is great, but the sight is absurd at times. You have muscular soldiers with a lot of high tech gear that ride horses, and which do end up facing rocket launchers and massive tanks. Even if it does make a bit of sense in the plot, it’s still not as comprehensive, nor as interesting for you as you may imagine! But if you’re in it just for the thrills, you will find that 12 Strong does offer some great visuals.

It’s nice to see that the cast does bring in some comedic relief in the movie, especially Michael Pena’s character. But the thing you will like aside from the visuals is the interesting dynamic since everyone underestimates Nelson. So we get to see him grow but at the detriment of other people.

And that’s maybe the issue with the 12 Strong movies. It’s great, and it has some amazing scenes, but the beginning is quite long, and it’s uninteresting, so you have to drag yourself through that part. But since the movie relies heavily on Hemsworth’s character, you will end up staying away from the scope of these battles.

12 Strong does a very good job at showing the tension that Special Forces had to go through during this secret mission. The military story is told quite well, but the issue is that only some characters are developed, so you may end up not remembering some of the names as you go out of the theater. 12 Strong tries to be a great war story, but it doesn’t really separate itself from the other war movies out there. That being said, Chris Hemsworth comes with an astonishing performance, and he does manage to carry most of the movie. If you like war movies, 12 Strong is actually a good option, but it does have a few issues you have to endure!