Paddington 2 Movie review, having a fully CG bear in a movie was a really good idea, and that’s what made Paddington a success a few years ago. But with Paddington 2 already released, you have to wonder whether this sequel got to capture the magic of the previous movie. 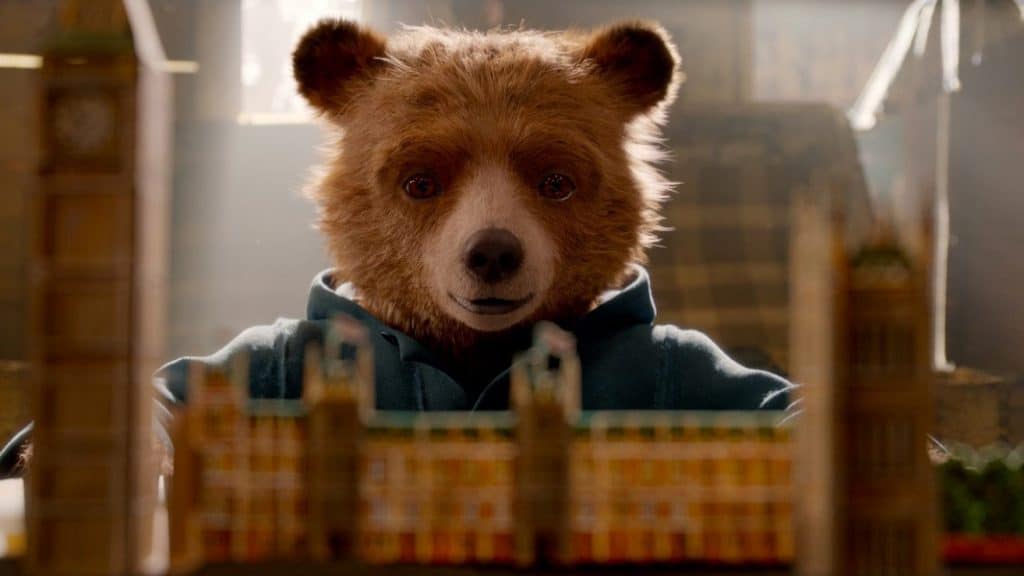 Right off the bat, you will notice that Paddington has settled with the brown family. He becomes a part of the local community, and he also got to pick up some jobs to get a present for Aunt Lucy. The problem is that the gift is stolen, so he tries to get it back.

What follows here is a very fun, intricate and interesting adventure. The book that Paddington got as a gift is quite an interesting plot point, and it does become relevant later on in the movie. But it’s nice to see Paddington being very naïve and trustworthy, as he tries to develop and become a better version of himself.

A cool thing about the entire adventure is that Paddington 2 goes through a lot of stuff to get that gift back. He will end up in a trial, a prison sentence, in fact, our lovely bear will even go in a pursuit by train. Moreover, Paddington can actually bring items to life by touching them. This was a great move from director Paul King, which basically offers us some cute new characters to care for.

But the movie on its own gets to be more comedic than anything else. It does a very good job at bringing in the sense of value and appeal towards Paddington and his adventures, but at the same time, you also want to learn more about the villain. Hugh Grant does an amazing job portraying Phoenix Buchanan, the villain of this movie.

Phoenix wants the book for himself, and the reason is revealed later on in the movie. He does try to do everything in his power to keep Paddington away from the book though, and this leads to some amazing and downright hilarious moments most of the time. 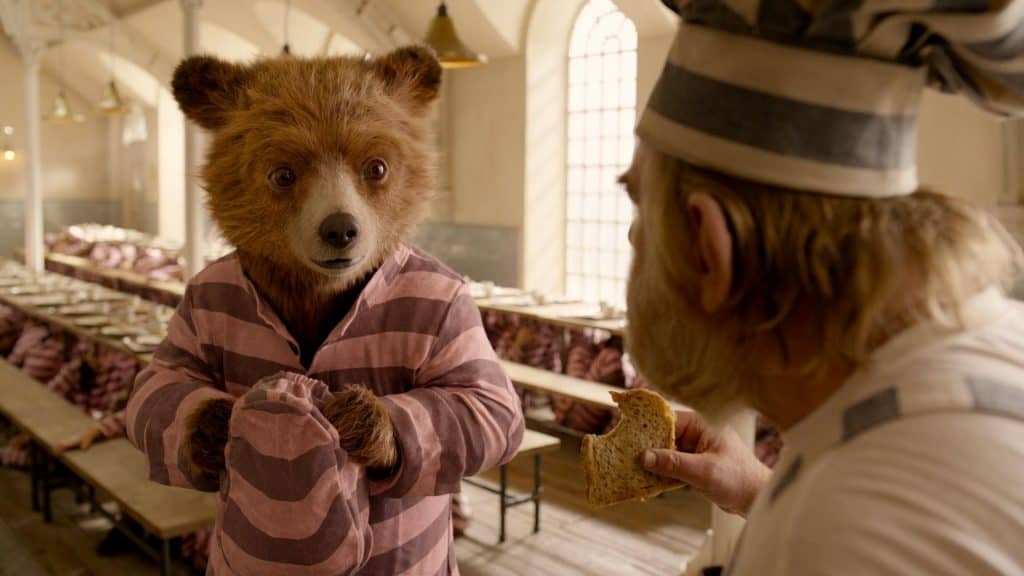 Paddington 2 is a film for both adults and children alike. The reason why we say that is because it carefully manages to combine and let us interact with a variety of ideas. It offers a lot of comedy, humor, and fun for kids, but at the same time, it’s really intense and interesting for those that are a bit older. And that’s where Paddington 2 does shine, the fact that it does want to take kids out of their comfort zone.

It offers some great ideas about life, disappointment, and fear is one of them. But it also cheers you up by showing that every challenge has a solution and you can handle it the best way you want. That’s maybe the thing to treasure in Paddington 2, the fact that the movie is very intense, funny and it always tries to cheer you up no matter up.

As you can imagine, the visuals are spectacular here. Paddington’s effects, in general, are amazing. The CGI has improved quite a lot when compared to the previous outing, and you can easily see that. The color tones are a bit different, the fur effects are better and the visuals as a whole are improved quite a lot. That does bring in plenty of value to the entire process, and you are bound to love the way Paddington looks and moves.

So, is Paddington 2 a good movie to see right now? Yes, this is maybe one of the best movies for kids and adults to see as a family. It has lots of educational set pieces, true, but at the same time, it comes with a fun story, a really good villain and all the elements you want from a good movie. It’s fun and also dark at times, but it does improve on the first movie and it has a really good cast. Overall, it’s a great movie to see with the entire family!