Darkest Hour Movie Review, Darkest Hour is one of those movies that tries to re-tell history in one amazing way, and it works great because of that. You get to learn more about Winston Churchill, how he reached the results that he did, and how hard it was for him to rise to the occasion and become one of the toughest, best leaders in the entire world. 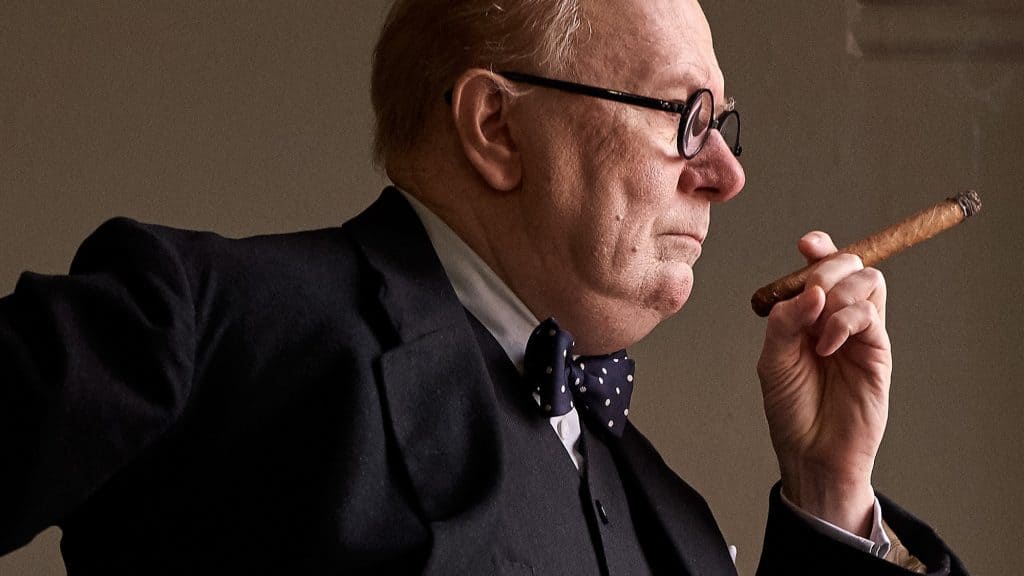 The movie is designed to cover Churchills first few weeks as a prime minister. We all know him as a very tough man from the history lessons. But Darkest Hour focuses on showing us a prime minister that’s uncertain, one that finds it hard to control and guide the country which is at the bring of war. There are lots of verbal flourishes from Churchill and there’s plenty of rousing too.

But you do need to realize that the movie does have plenty of interesting interactions with others. The entire experience here is carefully designed in order to showcase emotions and bring in front some nifty, unique and funny ideas for you to explore. It certainly makes a lot of sense, and it does bring in front some unique benefits that you will enjoy quite a lot. 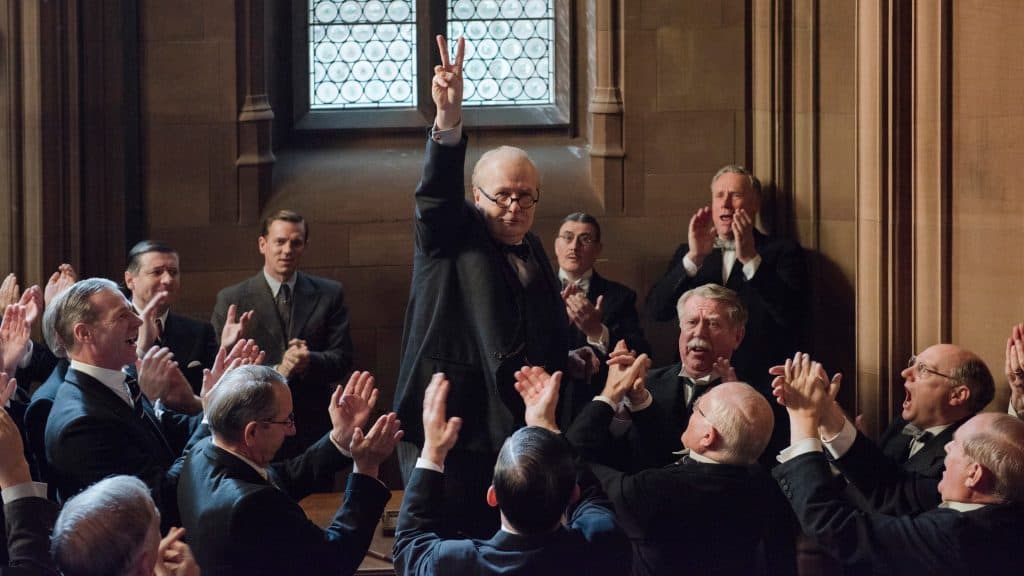 Wright’s direction in this movie is very good. Gary Oldman plays a very good Churchill too, and we do expect him to get an Oscar at some point, as the performance is masterful here. Kristin Scott Thomas who plays Clemmie Churchill is also very good here, as she does have a crisp approach to the situation and her lines are always witty and full of charisma, which is much-needed in a movie like this.

What’s less successful here is the way the film adds a variety of British signifiers. There are some scenes in the movie that don’t really make as much sense, and that can be extremely problematic because of that. It really goes to show the true nature and value that this movie has though, as there are tons of scenes in here that are bound to stir off some controversy!

But then again, that’s what makes Darkest Hour special, to begin with. The movie does have tons of moments where it shines. There’s plenty of violent content here too, and you do get to see the nasty side of war, not only the political stuff. This is one of those things that really make the movie stand out, and it’s definitely better and more grounded because of that.

As for the inclusion of crude or profane language, there’s a bit of that in here as well. But it’s not as harsh as you may imagine, and in the context, it does make sense.

As a whole, Darkest Hour is a surprise for a lot of people. Historical movies are known to do well, but they can also falter just as much. That’s why Darkest Hour stands out because it comes with some amazing moments and it also shows a Churchill with some major challenges and insecurities. It’s a great window into a history that we never thought we would explore.